We just published our latest issue (volume 127 issue 4, Oct-Dec 2013).  If this sounds familiar, that's because we've published three issues in three months - an unorthodox pace for a quarterly journal! With the publication of this issue, we are officially caught up in our publication schedule!

A big thank you to all of the authors, reviewers, editors, and others who helped us catch up. Drs. Cook, Callaghan, and Rytwinski deserve special thanks for their incredible efforts as past, present, and interim Editors-in-Chief, respectively. And thank you, loyal reader, for your patience as we have been so busy lately with this publication schedule. We do what we do for readers like you. 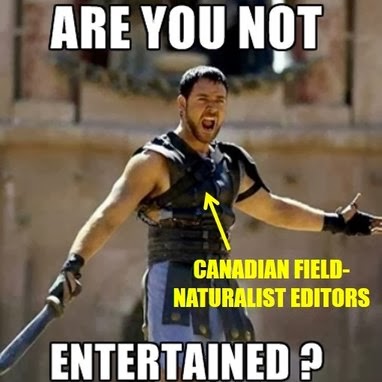 This issue has great research from across the taxonomic spectrum.  This includes a Canada Lynx article (of cover photo fame) with HD videos of Lynx behaviour, and a Wolverine article that is garnering significant media attention (e.g., CTV News with video, and a story written by Tyler Irving that was published by various outlets including the Vancouver Sun, Globe & Mail, and CBC). Meanwhile Tom Spears with The Ottawa Citizen picked up on our article about an alvar-inhabiting orchid in eastern Ontario. Browse our table of contents below to see what piques your fancy. 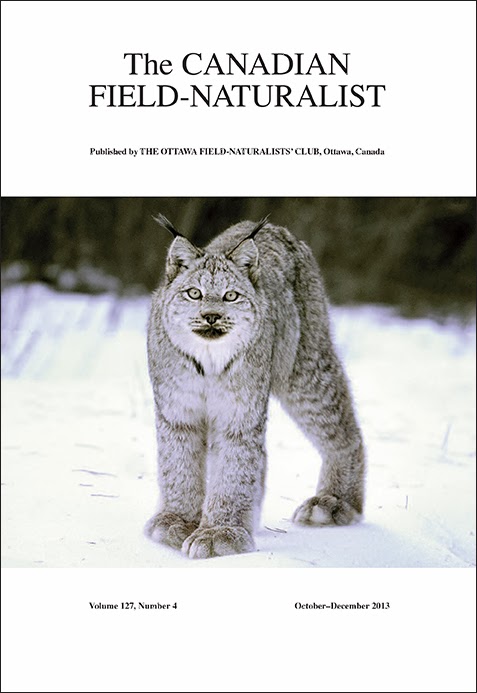 Posted by The Canadian Field-Naturalist at 11:26 PM